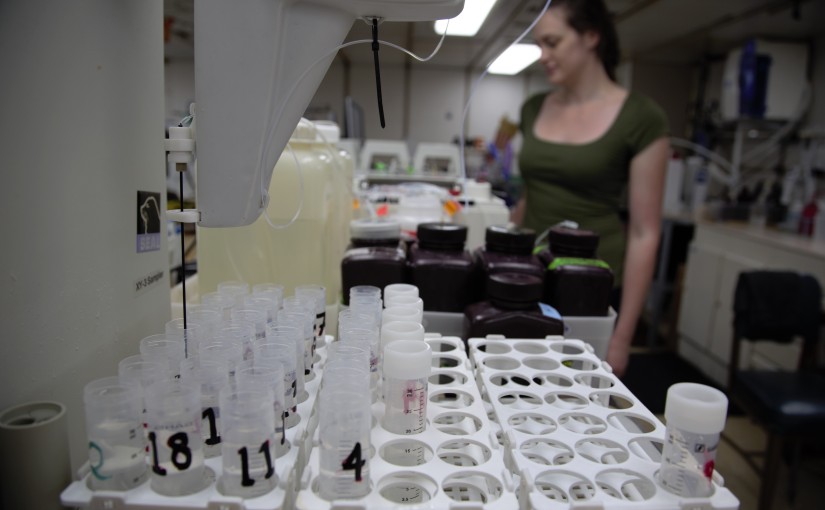 All 37 members of GP15’s leg 1 science party stand together before arriving in Hilo, Hawaii. 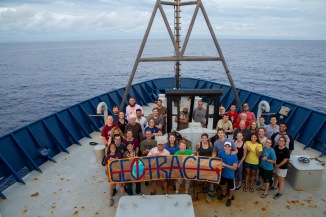 Whale sightings: 0 (unless nobody told me)

Liters of seawater filtered by the pumps sampling system: 491,819

Nutrient measurements performed on board: 21,712

A selection of mechanical issues encountered at sea:

You can find an archive of blog posts created during this expedition here.

Funding for this research is provided by NSF Chemical Oceanography.